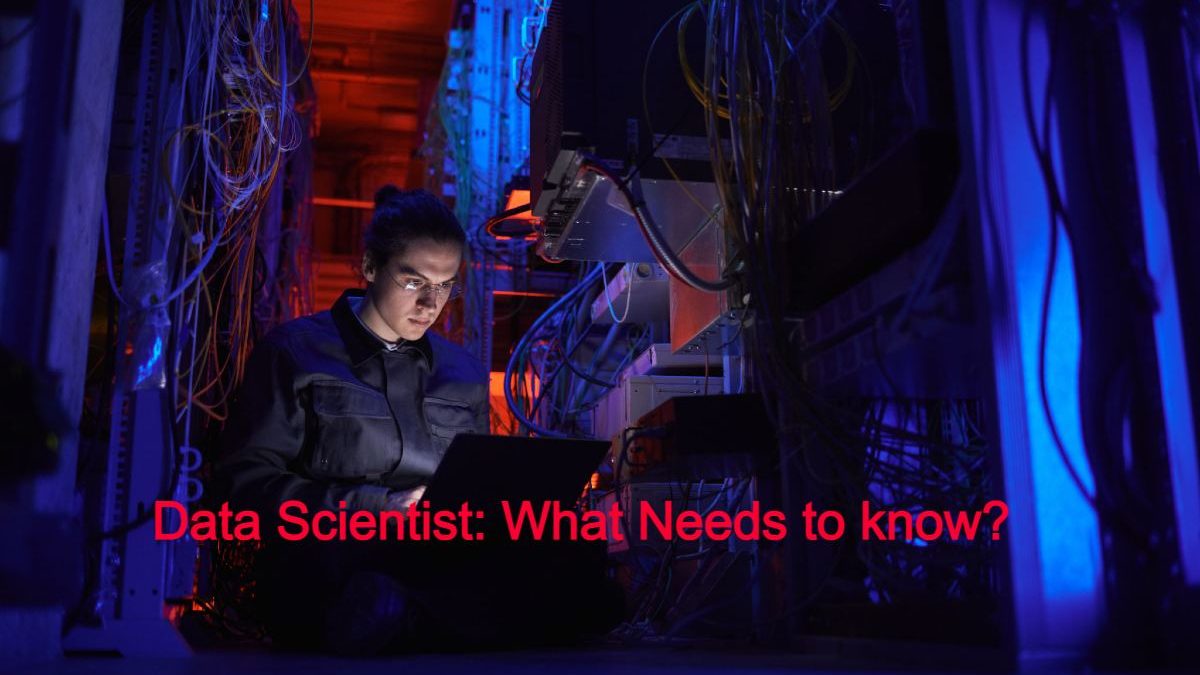 Surely in recent months, you have heard about how companies give more and more value to data and, related to it. The professional profile of a Data Scientist. And it is not strange that you have heard the name of this position since it is one of the professions whose demand has grown the most in the last year in Spain and one of the best paid today.

However, are you clear about what a data scientist does and their role in a company? In this article, we explain simply what a Data Scientist is. Its functions, and what skills and knowledge you must develop if you want to become one. Let’s go there!

What you are going to see in this post

What is a Data Scientist, and What is Their Role Within an Organization?

Organizations have a large amount of information at their disposal, which is well used to translate into a benefit for the company. In a progressively digital and competitive environment, it is almost an obligation to take advantage of the information companies obtain relating to their environment. Hence the growing need for professionals capable of analyzing and making sense of all this data so that it supposes an actual value.

Thanks to the work of data scientists, companies can predict user behavior or discover new business opportunities. For example. They may know the best time for a customer to purchase a product, which of all the available options best suits their preferences, or the risk of that person getting sick.

The role of Data Science within an organization is to provide valuable information about the behavior of consumers and the actions that the company carries out so that it can design strategies and business plans that drive it to meet its objectives.

New technologies have multiplied the amount of information available in recent years, and its processing has become possible thanks to the emergence and evolution of disciplines such as Machine Learning. This. Together with the advance in digitalization, has meant that companies are betting on taking advantage of the potential of data and, consequently, that professions such as data scientists are booming.

Functions of a Data Scientist

What a Data Scientist do in a company? The roles of a data scientist may differ from organization to organization but broadly include the following:

What Does it Take to be a Data Scientist?

To work as a data scientist, companies demand to have a series of technical knowledge and skills. Let’s see in detail what they are:

Infographic on what technical knowledge and skills are needed to work as a data scientist.

Data Scientist job offers usually include a first requirement to have a higher technical degree.

A technical degree such as Computer Engineering or Telecommunications is usually requested to work as a data scientist. But there is also a frequent demand for degrees in analytical disciplines, such as Mathematics or Statistics. Or in the business field, such as Economics or Business Management. In short, we are looking for people with knowledge in programming, analytical skills and business understanding.

However, a higher degree is not a determining factor currently in the market when hiring a Data Scientist. It is widespread to see data scientists from other fields, such as physics or social sciences (psychology or sociology, usually). Of course, they are usually people familiar with data analysis.

There are numerous programming languages to practice data science (Scala, Pearl, Julia…). However, three are the most popular and the most frequently demanded in job offers: SQL, Python and R. But a Data Scientist doesn’t need to be an expert in all three. Typically, you are asked to handle SQL and work with Python or R.

Python and R are two languages widely used in Data Science, with which we can do practically the same. Although each of them seems to have a different approach.

In addition to the technical and analytical skills that the professional has developed during his higher education and working with the programming languages that we have just mentioned. A Data Scientist must have additional knowledge and control of a series of tools and platforms to carry out his work.

Specifically, it is usually requestee that you have an understanding and theoretical/practical mastery of Mechanism Learning and Deep Learning procedures and the management of SQL databases. It is often also valued to know about NoSQL databases. This is usually accompanied by understanding statistical research techniques, such as modelling, clustering, data visualization, predictive analysis, etc. Instead, a data scientist may need to work with Big Data environments such as Hadoop or Spark, among others.

Each job may require some technical knowledge or others, which depend on the company’s needs that offers it. However, these are the ones that are usually asked to work as data scientists in a generalize way.

Data scientists may also need in-depth knowledge about real-time streaming events through Apache Kafka or Spark platforms. Besides knowing how to install Kafka on Windows, they must be well-versed in its integration, writes, Kafka topics, and operations. In organizations that require real-time processing of high data volumes, data scientists will have to equip themselves with successfully running a Kafka broker to ensure the timely transmission of data to its destination points.

Skills of a Data Scientist

In addition to this technical knowledge, a data scientist must develop some skills. The most frequent are:

All of them are essential for Data scientists to carry out their work successfully.

How to Train in Data Science?

Currently, there are many training options to become a data scientist. We find countless university and postgraduate degrees, courses and certifications. Let’s review them:

There are also double degrees dedicate to developing the skills necessary to work as a Data Scientist. One of them is the Double Degree in Computer Science and Mathematics offered at universities such as the Autonomous University of Madrid, the University of Barcelona and the Polytechnic University of Valencia.

For its part, the world of postgraduate and master’s degrees specialized in data science is very wide in Spain. Both public universities and private centers offer many programs. To mention a few. The Completeness University of Madrid, the Universitat Autònoma de Barcelona and the University of Navarra have specialized higher programs in Data Science. Numerous business schools also do so, such as EAE, ESIC or IBS.

Courses to become a Data Scientist

In addition to the universities’ degrees and master’s degrees, there are many online courses to learn data science. Thus, platforms such as edX and Coursera have numerous resources to train you extensively in the discipline or in some of the languages of media that you will need to know to work as a data scientist.

Alternately, there are also many certifications to accredit your knowledge in Data Science. Some of the best known are Saas Data Science Certification, Microsoft Azure Data Scientist Associate, IBM Data Science, or Google Data Analytics Certificate from Google. Some are available on Coursera.

How Much Does a Data Scientist Earn?

Another issue that usually comes up when we talk about the work of data scientists is how much they charge. A Data Researcher has a minimum salary of € 34,000 gross per year in Spain in 2021. This is the figure provided by Glassdoor. A platform in which professionals share their salaries anonymously after analyzing the salaries of half a thousand scientists.

If we go to job portals such as indeed or jolted, the figure does not change too much. The first speaks of € 32,660 gross per year and highlights Madrid. Bilbao, Valencia and Seville as the Spanish cities where the salaries of data scientists are higher.

For its part, the second portal opts for the amount of € 38,700 (around € 2,100 net per month) and contemplates an annual bonus of € 6,540. The job also points out pretty notable salary differences between the most inexperienced and the most experienced professionals. In this way, a Junior Data Scientist would charge on average € 29,400 gross per year and a Senior Data Scientist € 54,600.

As we have seen, Data Scientist is one of the most demanded professions today and with better salaries in Spain. With the acceleration of digitalization and the growing interest of companies in data, it does not seem that the trend will change. Data scientists will continue to be a much-needed profile in companies for years to come.

Therefore, in this article, we have tried to dissect the profile of a data scientist. We have seen what a Data Scientist is, what he does in his day to day, what technical knowledge and skills he must develop and what training resources exist today to become one.

Results Of The First WorkShop LearningML to Learn About Artificial Intelligence

Fatal Error: Littlefs.H: No Such File Or Directory

Quarkus: What Features has and Why Use it?

How much are 19 liters to gallons